Please be aware that the website you have requested is intended for the residents of countries in the European Union. The site may contain information on products or uses of those products that are not cleared, approved, or otherwise authorized in all countries or regions, including the US Food & Drug Administration.
WITH DO YOU WISH TO CONTINUE AND EXIT THIS WEBSITE?
Yes No
Contact Us (781) 301-7474

Learn more about the disease and the patient burden

Thalassemia is an inherited blood disorder caused when the body doesn’t make enough hemoglobin, an important part of red blood cells. Rough projections of expected global annual births of children with thalassemia are around 60,000.1 It is estimated that about one million individuals need blood transfusion yearly.3 Thalassemia can cause anemia, resulting in fatigue. Some children show signs and symptoms of thalassemia at birth; others develop them during the first two years of life.4

People with mild thalassemia might not need treatment, but more severe forms require regular blood transfusions.5 Some people could receive transfusions every few weeks. Over time, blood transfusions cause a buildup of iron in blood, which can damage the heart, liver and other organs.6 In the most severe forms of one type of thalassemia (beta thalassemia), unless anemia is corrected regularly by blood transfusions, the patient will die early in life, mostly in infancy.7 Thalassemia occurs across the globe, but is most prevalent among Italians, Greeks, Cypriots, Sardinians and others in the Mediterranean region.8 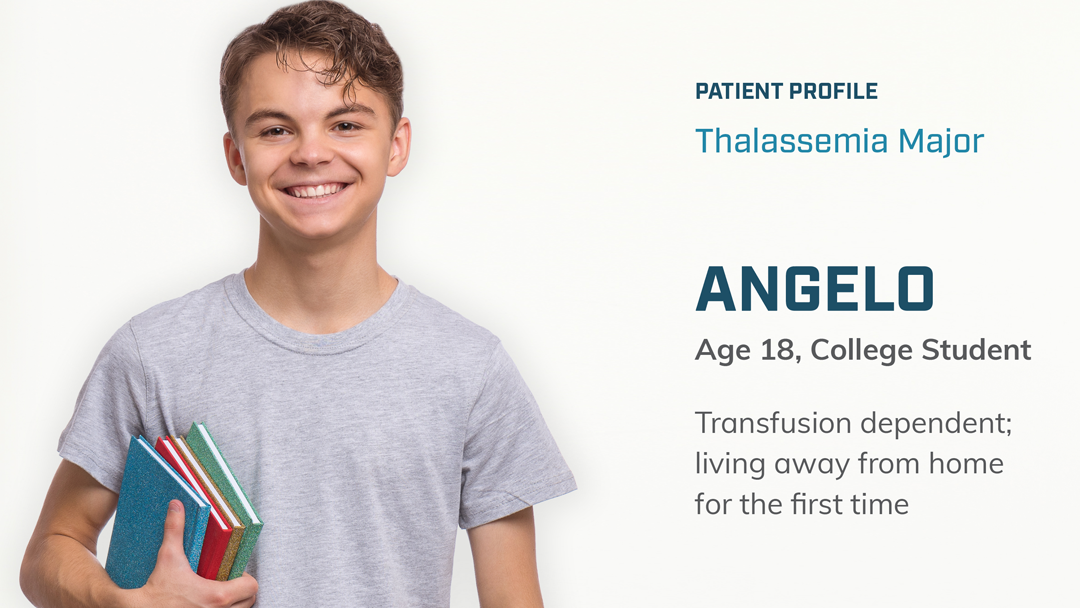 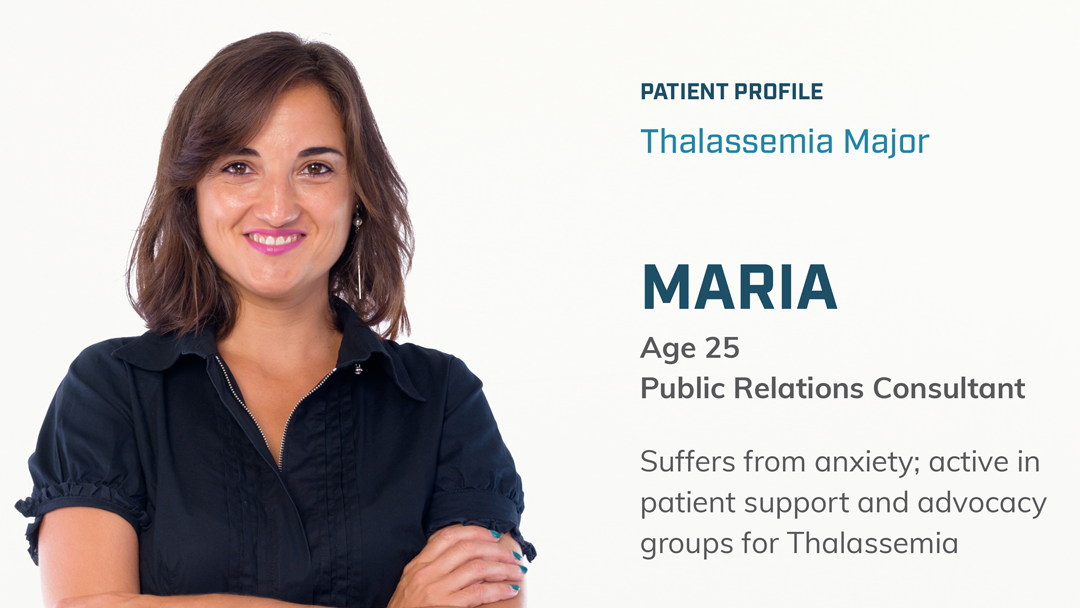 Angelo was first diagnosed with thalassemia major at the age of two, and for the past 16 years he has received excellent medical care in the pediatric practice of a large thalassemia center of excellence in New York City.

Now, as a college freshman in Indiana, the level of care he will receive will not equal what he had received at home. He is also concerned about how he will balance the increased responsibilities of college with managing his disease and time-consuming transfusion appointments which can take up to seven or eight hours in a day.

Maria worries about her disease and her future. She has many concerns about her health risks—most notably, her risk of liver, heart, bone, and hormone problems as a result of the iron overload associated with her chronic transfusions.

Omar never wanted to settle for second-rate care. He spent a lot of time researching before he found an experienced treatment center that he trusted. He does not mind driving more than an hour each way in order to receive better medical care.

He manages his treatments, taking days off to receive his transfusions, while maintaining a successful career and being an involved husband and father.

We are happy to answer any questions about the company, our technology, or our research. Please fill out the form below and we will connect with you!

This website uses cookies to improve your experience while you navigate through the website. Out of these, the cookies that are categorized as necessary are stored on your browser as they are essential for the working of basic functionalities of the website. We also use third-party cookies that help us analyze and understand how you use this website. These cookies will be stored in your browser only with your consent. You also have the option to opt-out of these cookies. But opting out of some of these cookies may affect your browsing experience.
Necessary Always Enabled
Necessary cookies are absolutely essential for the website to function properly. These cookies ensure basic functionalities and security features of the website, anonymously.
Functional
Functional cookies help to perform certain functionalities like sharing the content of the website on social media platforms, collect feedbacks, and other third-party features.
Performance
Performance cookies are used to understand and analyze the key performance indexes of the website which helps in delivering a better user experience for the visitors.
Analytics
Analytical cookies are used to understand how visitors interact with the website. These cookies help provide information on metrics the number of visitors, bounce rate, traffic source, etc.
Advertisement
Advertisement cookies are used to provide visitors with relevant ads and marketing campaigns. These cookies track visitors across websites and collect information to provide customized ads.
Others
Other uncategorized cookies are those that are being analyzed and have not been classified into a category as yet.
SAVE & ACCEPT